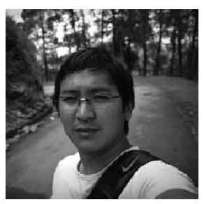 Travel and photography are two of his great passions. Understanding other cultures, meeting people from other communities and seeing the beauty and the horrid, the obvious and the hideous of the world has helped him understand and better appreciate his culture and home as well as that of the people he ever met. As the images of other photographers have inspired him to explore the world, he anticipates that his own contributions will inspire others.
Though originally trained as a graphic designer Tashi was also involved in a music recording studio for two years as a session guitarist and technical assistant.

An interview with the artist, revealed how he developed and evolved as a musician and his journey into the visual media and photography.

“But you know you haven’t done it all because you know everything keeps evolving and changing; and you know you can evolve with it if you grow and develop as a human being.” – Conrad Hall

Beginnings are always important. Where did your journey begin?

My father was in the navy and stationed in Bombay where I was born. Soon after I turned a year old we moved back to Gangtok (Sikkim), where I spent most part of my life.

I began my schooling in Gangtok. In between, I also studied in Darjeeling for a period of about four years (from Grade 4-7). After this I was back in Gangtok and finished the rest of my schooling upto Grade 12 here.

Once you were done with the primary education, what path did you venture into?

I went to Delhi and lived with my Guitar Guru – Edwin Fernandes, Goan by origin. I spent two years dedicating my time to the love of music.

After these two years, I went back home to Gangtok and enrolled at the Sikkim Government College for a General B.A where my main subjects were History, Political Science and Sociology. This was around 2004-05. My love for music kept me going and together with three cousins formed a four man band called Renegade and I was the guitarist/composer for the band. We played at a lot of local events/gigs and got good publicity in the local newspapers and magazines. After a period of about three years we faced disharmony within the band and hence we stopped playing as a band after that. During this time I also tried to apply for a scholarship at the International School of Music but was left in vain. So I moved on to discovering more fields that might interest me. Music will always be an underlying passion which I feel strongly for.

When and how were you first exposed to Photography?

I did a six month animation course after which I went looking for a job in Nepal. Here I worked as a texture artist. This gave me my first exposure to Photography. As a texture artist I had to go out and shoot photographs and using Maya and 3D softwares re-create the three dimensional figurines and textures as we see. It gave me a good sense of the camera also and I began to develop an interest for another medium of art – Photography.

How did you carry this new discovered passion – Photography forward?

Sometime around 2009 I heard about the National Institute of Design at Ahmedabad. My fiance is the person who brought this to my knowledge and suggested that I apply here and so I did. I was selected and by 2010 I had enrolled at N.I.D. My specialization is Photography and I am currently in the final stages of completion of my course. During the time I have spent at N.I.D, I have experimented with a lot of different styles of photography – fashion and documentary type of photography were more common to my taste. Me and two other friends also began a joint venture as wedding photographers. I interned with Conde Nast Traveller Magazine for about two months which gave me good insight into what goes on behind the scenes of publishing a travel magazine as well as how important it is to build a network within the community if you want to grow as an artist.

How did you learn about Goa CAP and the residency program?

A close friend of mine, Ishan Dixit, had interned with Goa CAP  and told me about the place. I did an online search and found out about ALTlab 2.0 on the Goa CAP website.

So you applied for the ALTlab 2.0 version while still finishing your course at N.I.D?

Yes, the moment I noticed it was open for application I sent in some of my work along with the form duly filled out. I was in the shortlisted list of people for the residency ALTlab2.0 and immediately accepted the offer. This two month residency and what I learn from it is now part of my final thesis project for N.I.D.

What alternative process have you chosen to pursue at ALTlab 2.0?

I have chosen the Van Dyke Brown Process for the two month residency.

Did you do any kind of research into this process before you came to Goa CAP?

I went through a few video tutorials and read up about the process itself and also did see some images produced using this process.

Is there any particular reason why you chose the Van Dyke Brown process?

I spent a lot of my time in N.I.D at the knowledge resource centre, our in-house library. Here I read a lot of old archives of books and they contained images which were browning and had faded from age and weathering. This look and feel of the image really attracted me. The Van Dyke Brown process renders images of similar quality and hence I knew this was the one I wanted to learn and experiment with.

Also, I did a few documentary projects, in particular one on the Shamans back home in Sikkim and the slow but fading traditions. Before modernization takes over and our cultures are completely lost I want to go back and try and re-make the project I did on the Shamans using the Van Dyke Brown process.

Have you created a future forecast or any plan on how you want to utilize and disseminate the knowledge you are gaining?

I want to go back in Sikkim and set up on my own, a community dark room and pursue alternative practices there. The weather conditions, which play an important role in dark room processes are also supportive. I also want to build awareness and improve the knowledge of enthusiastic learners through workshops once I have perfected the craft myself.